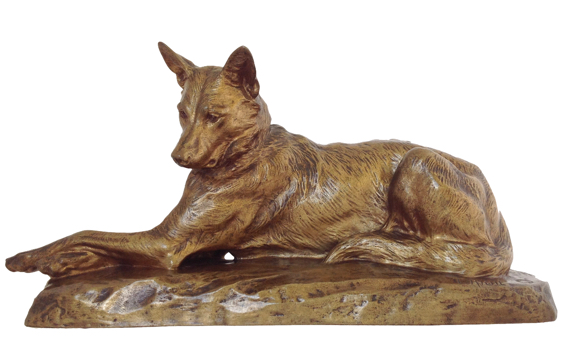 An early 20th century sand cast bronze animalier of a German Shepherd dog by Louis Riché, of large size. The finely detailed figure lying down on a naturalistic base with rich golden patina. Cast by the F Claessens foundry with the ‘Medaille D’or’ seal to the base showing it was cast after Riche won the Gold Medal at the salon for this model.

This model was also cast as a pair of Dogs ‘Chien Policiers’, the second dog sitting in front of this prone dog.