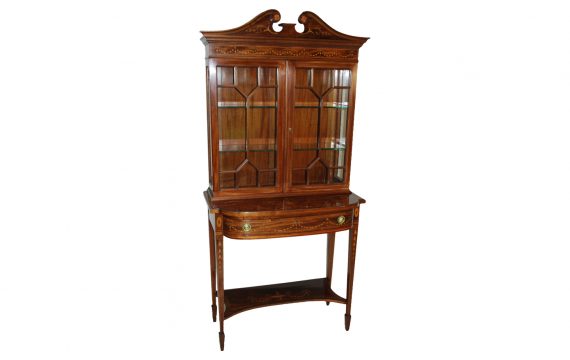 A late 19th century, Victorian, mahogany, rosewood banded and marquetry inlaid cabinet on stand of small proportions. The swan neck pediment above a mould cornice with inlaid frieze, above a pair of astragal glazed doors enclosing glass shelves, and with glazed sides. The bow fronted base inlaid with a central urn, above a single frieze drawer, stamped ‘Edwards & Roberts’, standing on four tapering square legs ending in spade feet, and united by an incurved stretcher with urn inlay. 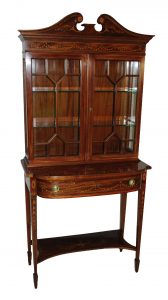 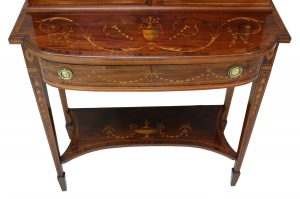