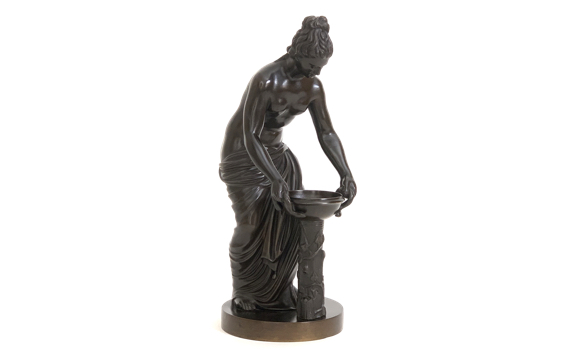 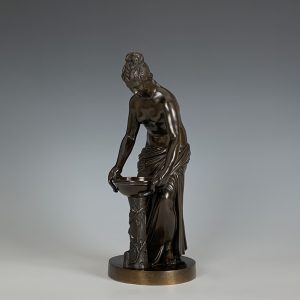 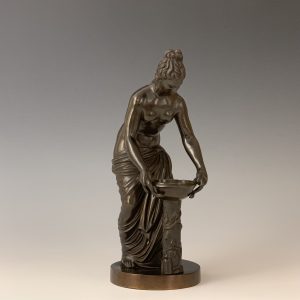 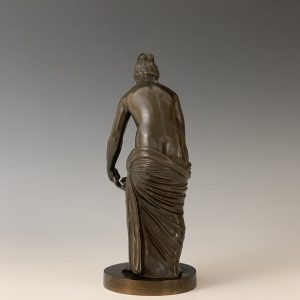 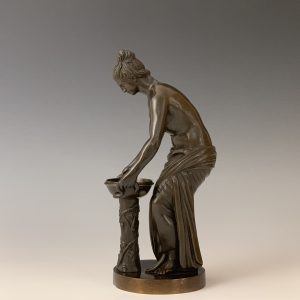 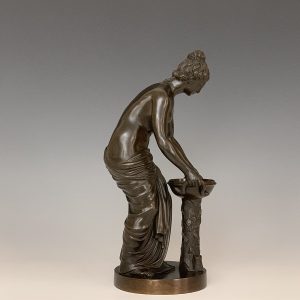 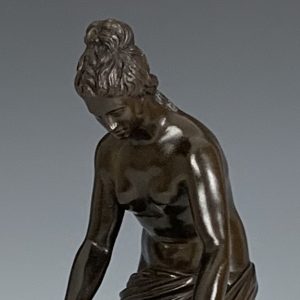 According to Greek mythology, the Danaides were the fifty daughters of King Danaos of Argos, who was in conflict with his brother Aegyptos, father of fifty sons. The fifty sons went to Argos to propose marriage to the Danaides as a conciliatory gesture towards Danaos. Danaos resented his brother and ordered his daughters to murder their bridegrooms on their wedding night. They proceeded, except all but one. As a result of their crimes, the Danaides were sentenced to the underworld where their unending penance was to fill pierced jugs with water. The original statue is located in the Vatican Museum, Rome, carved in the 4th century BC.