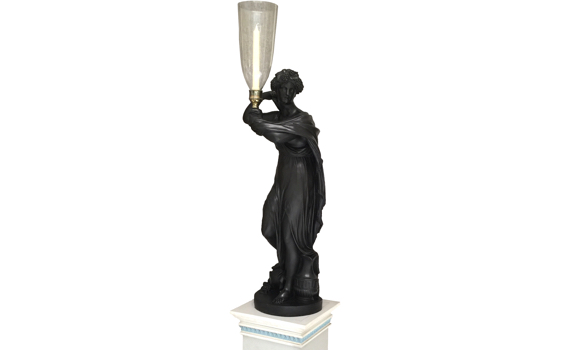 A black painted plaster figure of a standing classical bacchic muse holding a candle light. The figure standing in classical dress, grapes in her hair and at her feet, a wine ewer by the side. Storm shade replaced, the stepped plinth base later. Signed to the base ‘Nov 1806 H Hopper London’. 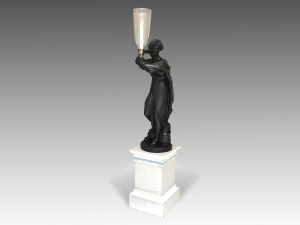 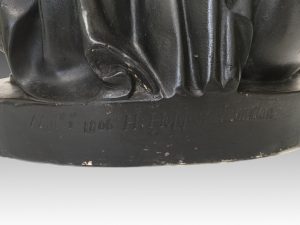 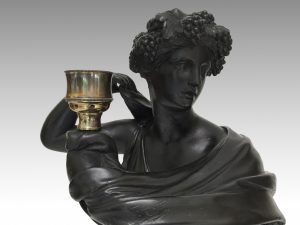 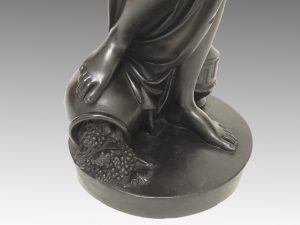 Humphrey Hopper (1765-1844) was an English mason & sculptor, the son of Humphrey Hopper and his wife, Margaret. He exhibited three works at the Royal Academy in 1799 and 1800, and completed his education as a mature man of 36 by enrolling in the Royal Academy Schools in February 1801. He was a successful student, winning a silver medal in December 1802, and the gold in 1803. Part of his output at the time was tasteful decorative work in plaster.