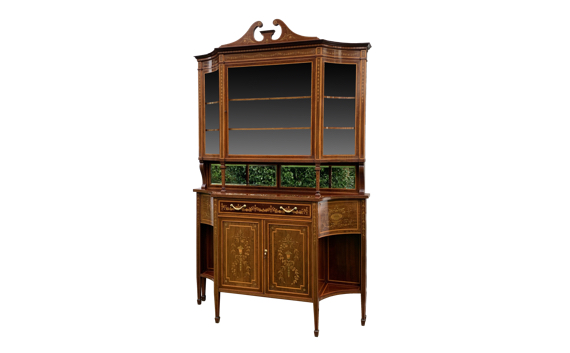 Edwards & Roberts
A late Victorian mahogany & marquetry inlaid side cabinet. The glazed top with central door flanked by concave sides, surmounted by a scroll pediment, raised above a polished top with mirrored back. The similar shaped base with a single drawer above a pair of cupboard doors, flanked by concave panels and open shelves, standing on six short tapering legs ending in spade feet. Fine colour and condition. Stamped to the drawer ‘Edwards & Roberts’. 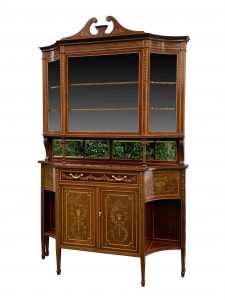 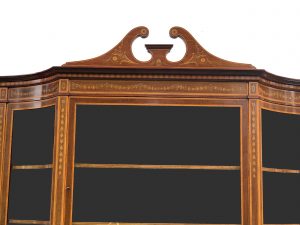 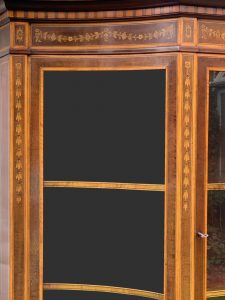 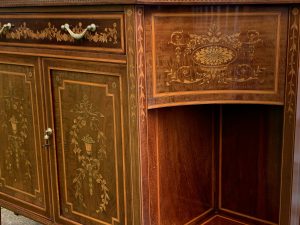 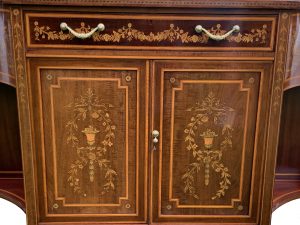 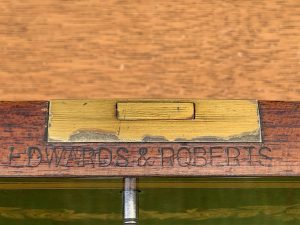