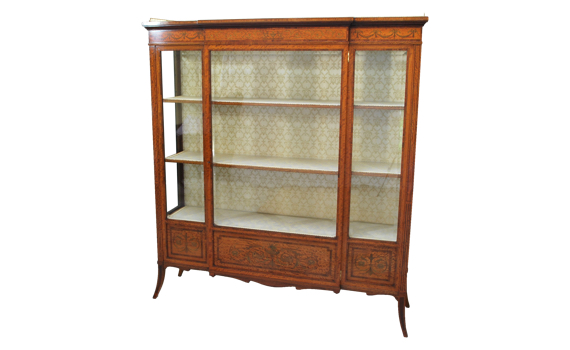 A late Victorian, figured satinwood and kingwood banded marquetry inlaid display cabinet. The rectangular breakfront top with original pierced brass gallery, above a slim frieze with concealed mahogany lined drawer, the bevelled glazed door below enclosing a relined shelved interior and flanked by further bevelled glazed panels and sides. The base with a cupboard, and standing on four slender splay legs. Inlaid with scrolling flowers and dolphin marquetry of a fine quality & rich colour. 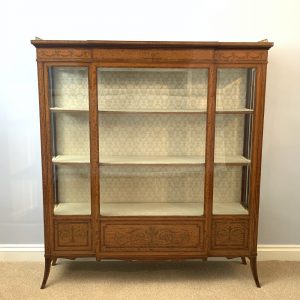 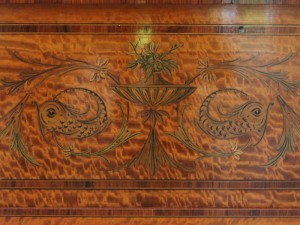 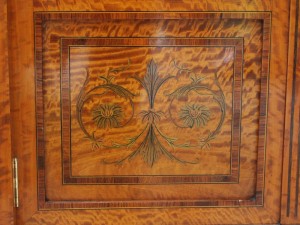 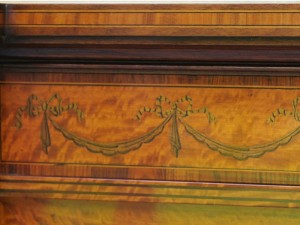