Antique Bronze Figure of the Discus Thrower Discobolus of Myron 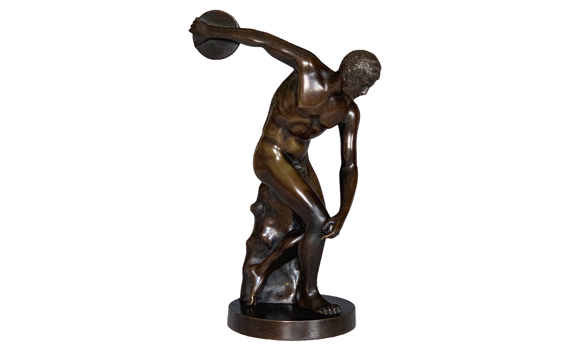 A 19th century, Continental, ‘Grand Tour’ bronze model of the discus thrower. Depicted arm outstretched in the process of throwing the discus, standing by a stump. Dark brown patination.

The original Greek bronze is lost but the work is known through numerous Roman copies, both full-scale ones in marble, (marble was cheaper than bronze), such as the first to be recovered, the Palombara Discobolus, and smaller scaled versions in bronze.