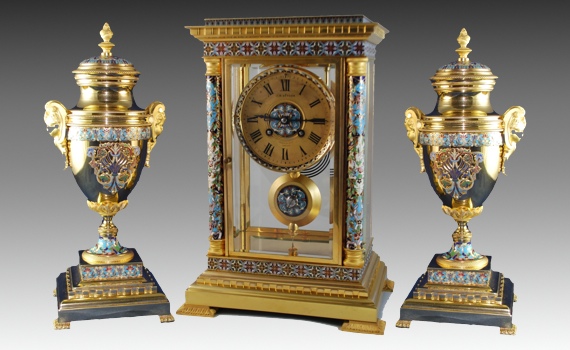 J W Benson Ludgate Hill London
A late 19th century French gilt bronze and champlevé enamel four glass clock garniture. Matched. The gilt bronze case with fine champlevé frieze to top and base, the circular dial flanked by similar enamel columns. The eight day movement with brocot suspension striking the hour & half hour on a gong. No 47525
The urns with flame finials above an enamel top with ovoid bodies flanked by cast cherub heads, with a band of champlevé and central cartouche, standing on turned socles with stepped square bases. Original gilding.